Rated America's Best Suburb by Business Insider in 2015, New Albany has a lot to offer. It is a planned, affluent community and the home of Les Wexner, chairman and CEO of L Brands. The Wexner home is Georgian style architecture and one of the largest homes in Central Ohio. New Albany is known for the white fencing that surrounds its neighborhoods of traditional homes, walking trails and ponds, and state-of-the-art schools. Support for the arts is evident with the New Albany Ballet Company, New Albany Symphony Orchestra, and the John B. McCoy Community Center for the Arts.

Founded in the center of Plain Township in 1837, it is said that original settlers of New Albany migrated from the Albany, New York area. In the 1970s, New Albany was considered much smaller than it is today and mainly surrounded by farmland. In the 1990s, it began to experience rapid growth due to the expansion of the Les Wexner clothing empire and creation of his mansion. The development of State Route 161 allowed freeway access into and out of town, and it continues to grow to this day. 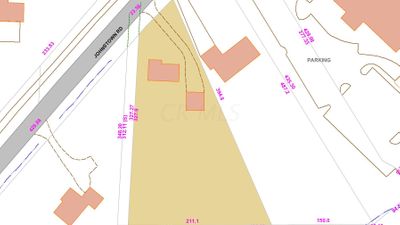 Find a Home in New Albany

Please remove some of the selected filters.
1 2 3 … 7
IDX information provided courtesy of the Columbus Board of Realtors MLS. IDX information is provided exclusively for consumers' personal, non-commercial use, and it may not be used for any purpose other than to identify prospective properties consumers may be interested in purchasing. The data is deemed reliable but is not guaranteed accurate by the MLS. Updated: 27th February, 2021 8:42 AM