Upper Arlington is a well-established neighborhood bordered by the Scioto River with close proximity to downtown Columbus. Residents enjoy the beauty of mature tree-lined streets, neighborhood parks and pools, top-notch schools, local libraries, a senior center, local restaurants, and specialty shops. Community events include the Labor's Day Arts Festival, Taste of Tri-Village, Music in the Park, and a spectacular 4th of July celebration. For more information visit About UA!

Founded by real estate developers in 1913, Upper Arlington is named in reference to its southern neighbor of Arlington (now known as Marble Cliff). Inspired by the Garden City, the town has curving streets lined with trees, giving Upper Arlington a pleasant, park-like feel. In 1916, the National Guard used the area as a temporary training camp, which stunted its growth for a short period of time. On March 20, 1918, Upper Arlington was incorporated as a village and officially became a city on February 8, 1941. After World War II, Upper Arlington experienced a major housing boom, and is now listed on the National Register of Historic Places. 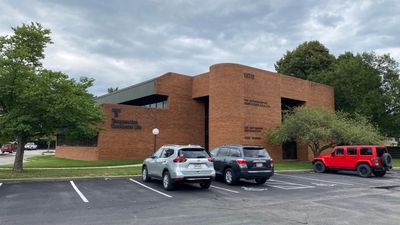 Find a Home in Upper Arlington

Please remove some of the selected filters.
1 2 3 4
IDX information provided courtesy of the Columbus Board of Realtors MLS. IDX information is provided exclusively for consumers' personal, non-commercial use, and it may not be used for any purpose other than to identify prospective properties consumers may be interested in purchasing. The data is deemed reliable but is not guaranteed accurate by the MLS. Updated: 27th February, 2021 9:22 AM